In the Netherlands every day approximately 18 (3.8%) life born children present with a congenital abnormality, of which approximately three have a congenital cardiac abnormality. Moreover, more than 100 people die daily in The Netherlands due to cardiovascular disease. The goal of research performed in my group is to understand the developmental mechanisms that are involved in normal and abnormal cardiac development and to understand the molecular response of the diseased heart, in particular after a cardiac infarction.

A 3-dimensional gel lattice in vitro explant system has been developed in which heart muscle and epicardial development can be mimicked, manipulated and analyzed using confocal laser scanning microscopy (Figure 1). In vitro and in vivo heart development is influenced by applying growth factors, cell signaling inhibitors and/or using recombinant adenoviruses. These analyses have shown that a progenitor cell population immediately upstream of the forming heart is present from which cells are recruited for the increasing number of heart muscle cells in the forming heart by Bone Morphogenetic Proteins (BMP). By Fibroblast Growth Factors (FGF) cells are recruited from this progenitor population to the non-myocardial cell population of the heart. The cooperative action of BMP and FGF retains the progenitor cells in an undifferentiated state. Genome-wide analyses have further identified Wnt signalling to be an important regulator of the size of this progenitor population, which is currently being pursued.

2. Follistatin-like 1 in the forming and adult heart

Most patients survive a first myocardial infarction (MI) as a result of efficient percutaneous coronary intervention, but will in due time develop heart failure (HF). HF develops due to the loss of cardiomyocytes and blood vessels after an MI, and their replacement with scar tissue rather than by regeneration of myocardium. Currently no therapy is available to re-initiate the cell cycle in cardiomyocytes and consequently regenerate lost cardiomyocytes. Our ultimate aim is to develop a gene therapy approach to drive gene expression within the infarct and the appropriate time window to stimulate cardiac regeneration and as a consequence delay or even prevent the development of HF.

Genome-wide analyses aiming at identifying factors that regulate cardiomyocyte formation during development and disease, have identified novel regulators of heart muscle cell and epicardium formation. These analyses identified Follistatin-like 1 (Fstl1) as a very promising candidate. Fstl1 is a secreted glycoprotein that interacts with a plethora of signaling pathways. To elucidate the biological function of Fstl1 we created a global and conditional knock-out mouse of Fstl1. The global knock-out was found to display an array of sever congenital abnormalities, among which an inability to breath. Further analysis of these death neonates revealed that their heart was more than twice as big as normal. The mechanism underlying this sever enlargement is currently being analyzed using a candidate gene approach and genome-wide analyses.

To analyze the post-natal role of Fstl1 we use conditional Fstl1 knockout mice in combination with various different Cre-driver mice, allowing the inactivation of Fstl1 in different cell populations and time points during development and adulthood .
Inactivation of Fstl1 in heart muscle cells was found to attenuate hypertrophy following pressure overload. After an experimentally induced cardiac infarction Fstl1 was found to be transiently and highly expressed in the forming infarct tissue. When Fstl1 is inactivated in the heart muscle cells the infarct increases in size, pointing to a protective role of Fstl1 in heart muscle cells. Administering Fstl1 to a cardiac infarction results in a better survival due to a smaller infarct size and better myocardial performance. On the other hand inactivating Fstl1 in the fibroblast population of the heart leads to a weakened infarct and death due to cardiac rupture within the first three days after induction of the infarct. Inactivating Fstl1 in the endocardial and endocardial-derived cells result in neonatal death. Analysis of the mice showed a severely enlarged heart and dysfunctional, very long and thick atrioventricular valves.

As part of this project we are analyzing the transcriptional regulation of Fstl1, aiming at the identification of regulatory elements in the genomic sequences of the Fstl1 gene that drive the transient and high expression in the infarct. Identification of these regulatory elements might provide an inroad to a novel therapy in which specific therapeutic genes are transiently expressed in the forming infarct.

Nowadays, RTqPCR is the method of choice to determine differences in gene expression. RTqPCR is considered to be straightforward and trouble free. As a consequence, most papers do not report the optimization and validation carried out to determine the specificity and sensitivity of an assay. This optimization is commonly carried out with negative and positive control samples; the loss of specific product in a dilution series of the positive sample is then considered to indicate the lower detection limit of the assay. For RTqPCR reactions with low levels of the intended product (Cq values larger than 28), it is generally recommended to check the identity of the amplified product with melting curve, size and/or sequence analysis. Unnoticed amplification of a nonspecific product (artifact), results in false positive results and possibly erroneous follow up decisions. In this research project together with Dr Jan Ruijter we aim at improving the reliability of the analysis of RTqPCR data. Dr Jan Ruijter is the developer of the LinRegPCR program, for the most up-to-date version www.linregpcr.nl. To disseminate our knowledge, we biannually teach an advanced qPCR course, in which we cover all aspects of RTqPCR, from the isolation of the sample till the presentation of the data.

4. An atlas of 3D ultrasound images of human development

In the Western world about 3% of all live-born children have a congenital abnormality, causing 25% of all neonatal deaths. Prenatal screening using ultrasound to detect developmental abnormalities is common practice in many countries. Gross abnormalities are identified with almost 100% accuracy, whereas less than 40% of more subtle malformations are identified. This low accuracy is due to the quality of ultrasound equipment/technology and the level of operator expertise. This notion begs for improvements in technology, increasing experience, and refinements in visualization. The basis for understanding and identifying congenital abnormalities in ultrasound requires a knowledge of development. Our interactive 3D-atlas and database of human embryonic development has unveiled a wealth of novel insights. Currently, the 3D-atlas is extended towards the fetal period. However, to directly translate this information for clinical practice using 3D-ultrasound screening requires expert knowledge. Therefore, we collaborate with Samsung Medison (Korea), and Prof dr T Bourne and dr H Shah (ICL, UK) to fill this lack of knowledge. Using the Samsung Ultrasound WS80A machine with 3D-Crystal-Vue software, fetuses are scanned and further analyzed using MRI, microCT and histologically in the AMC. This workflow and our combined expert knowledge allows us to annotate structures visualized in 3D-Crystal-Vue ultrasound images and prepare an atlas of human development. Using this reference atlas health care professionals will be able to identify congenital abnormalities with high accuracy and early in pregnancy. 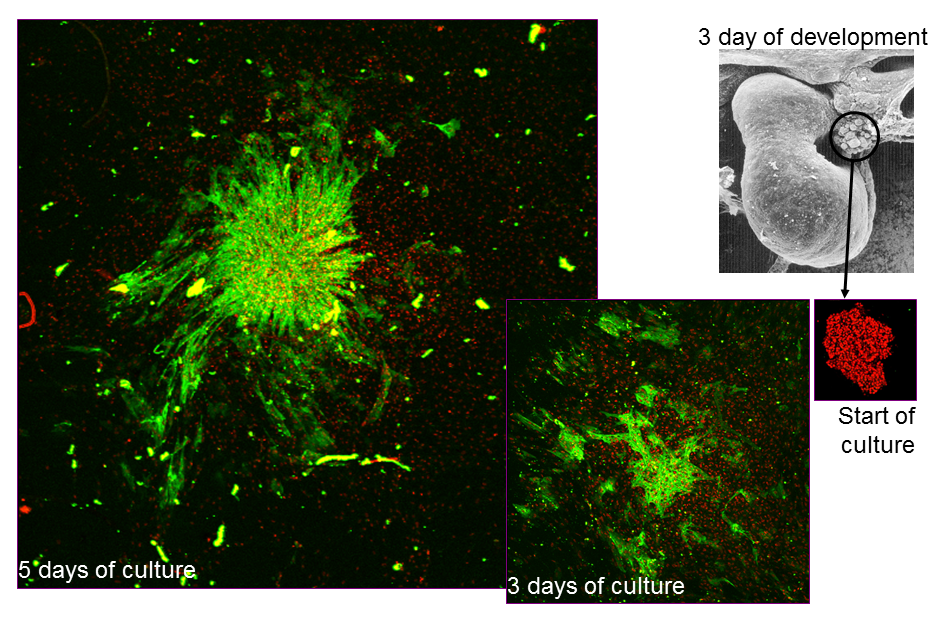 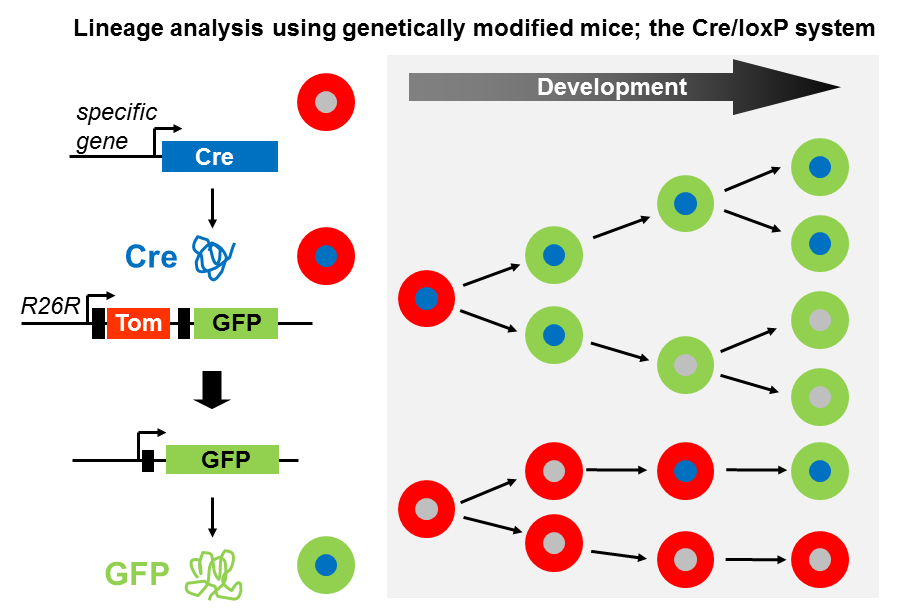 Figure 3. Expression pattern of cardiac Troponin I (cTnI) and Follistatin-like 1 (Fstl1) one week after the induction of a cardiac infarction. Note that the infarct is devoid of heart muscle cells and expresses high levels of Fstl1 (van Wijk 2012 PlosOne 7:e44692). 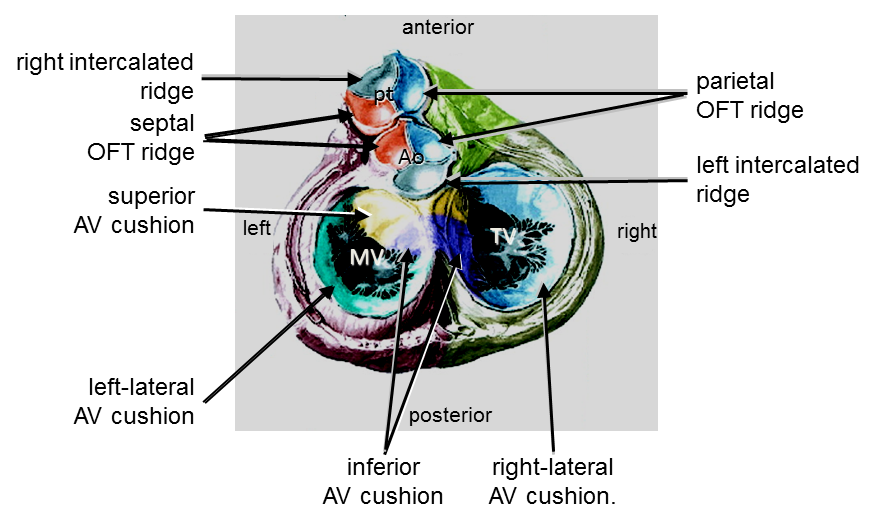 Figure 4. Contribution of the different cardiac cushions and ridges to the adult valves (Adapted from Lamers and Moorman (2002) Circ Res. 91:93-103). 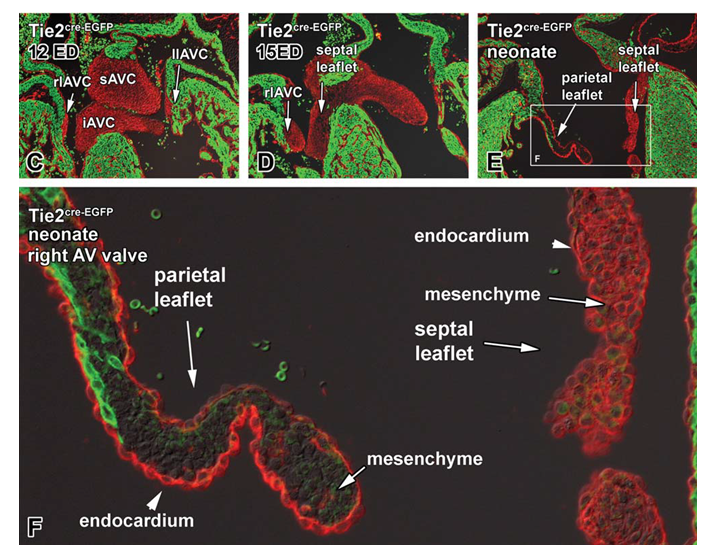 Figure 5. Red staining identifies the cells that are derived from the endocardial-endothelial lineage (Tie2-Cre). Note that at the end of gestation the parietal leaflet is almost devoid of red endocardial-derived mesenchymal cells. Green identifies the heart muscle cells. (Wessels et al., 2012 Dev Biol 366; 111-124) 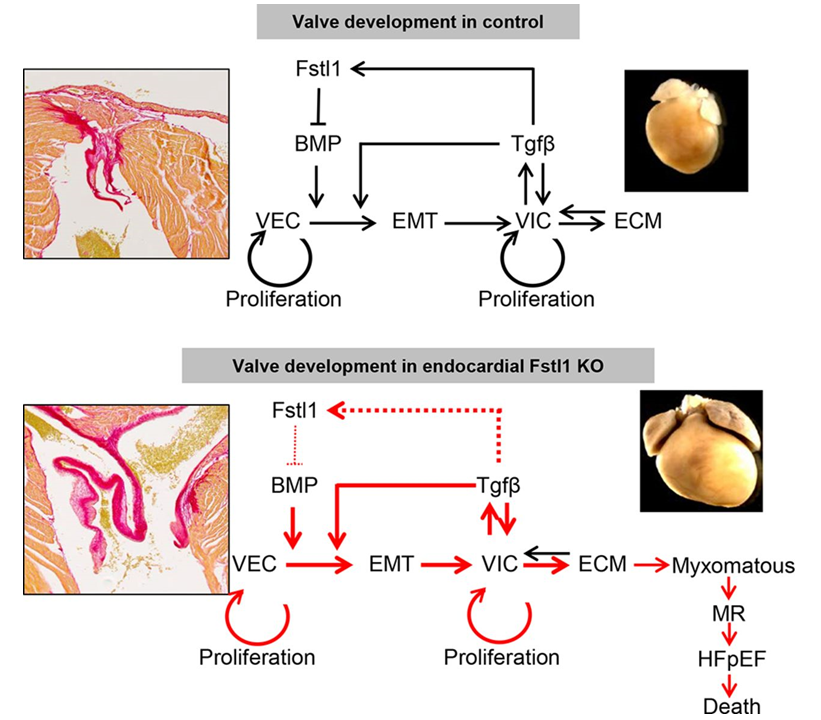 Figure 6. Proposed mechanism of Fstl1 in valve development and disease.

Figure 7. At low concentration the qPCR amplifies a artifcat (primer dimer) that can not be discriminated based on the amplification curve, but can be identified in agarose gel electrophoresis and/or melting curve analysis. (Ruiz-Villalba et al., 2017 Biomol Detect Quantif. 14: 7–18).